Braydon Wollmann has been writing music for more than half his life. He started his first band when he was 12 years old, even without his own instrument. He’d sneak into his older brother’s room and play his electric guitar and bass.  Piano lessons were getting stale and guitar was something new and exciting.

“I got my first guitar from a pawnshop for $90, it was Starburst and beat up. The intonation was brutal and the action was so high it made it hard to play, but what better way to learn?”

He started writing and recording songs on a little tape recorder his parents got him, playing back the fresh track and trying to write parts over it.

But for the efficiency of this bio we will skip over much of Braydon’s musical infancy and remain current. 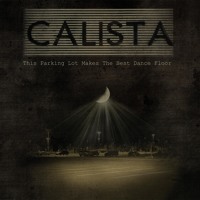 Braydon formed the band  Calista with bassist and collaborator Paul Bergeron and long time friend Denver Petterson on drums. Through half a decade and a few lineup changes Calista made its’ way from Cold Lake, Alberta to Edmonton.  Finally the band solidified with Nick Wassick on drums and Aaron Sabourin on guitar and in 2014 recorded their first Studio EP (This Parking Lot Makes the Best Dance Floor).

During this process in the studio Braydon’s voice was pushed and beaten. His training as a vocalist had been lost and some bad habits had developed leading him to lose his voice. Near the end of recording of “This Parking lot Makes the Best dance Floor” Braydon’s voice was destroyed. A lesion had grown on his left vocal Cord.

“I couldn’t sing, it was horrible. The thing that brought me the most joy was gone, like the wind, I blew my voice out.”

This was the beginning of Calista’s demise and Braydon went on vocal rest and a journey of visits to vocal specialists.

Here’s a video of Braydon trying to make sounds with damaged vocal Cords.

After a year without a singing voice and waiting for surgery Braydon finally began to sing again. With the help of a singing coach and a lot of patience his voice began to come back, but not without the psychological mess.

“My confidence was gone. I knew I could work on my skill and get better but I felt that I was to blame for hurting myself and I was scared I’d do it again. Even still, today, I am very conscious of my vocal cords.”

After his surgery Braydon left Canada for Texas to work. He didn’t bring a guitar. He left music behind, and after 6 months returned home to learn that he had received a Grant from Rawlco Radio to record his album.

“ I owe so much to Paul B. He worked on this Grant, and believed in me. My voice was gone and my life force had taken a major hit. This album has been a miraculous event that has spread itself over a three year chunk of time and continuously lightened my life and brought blessings in many forms.”

Music is a life force, or at least a major chunk of Braydon’s life force is music. His songs tell of human struggle; with mental illness, addiction and issues between the heart and the mind.

“I’ve never really been good at talking or having a conversation, maybe I need to journal more…  maybe that’s  what song writing is for me.   I think that’s what it is for a lot of songwriters and poets. If you can’t talk about it, write about it.  When I look back at old songs I can see truths that are overwhelmingly personal. Truths about myself that I couldn’t tell my best friends, but I would put it in a song.”

In his adolescence, living in secrecy, Braydon was first introduced to Pornography.

At such a young age it began to change his brain, into an addicts brain.

Track 2 on Braydon’s album In these Shoes is a powerful testament to the depth of addiction and it’s empty promises.

“That song is called Broken, I wrote it years before it was recorded, when addiction had broken my heart for the first time. And I find it funny that that song was one of the first ones I recorded after my broken voice began to heal. And you can hear it on the record,  my voice was broken,  and my heart was too.”